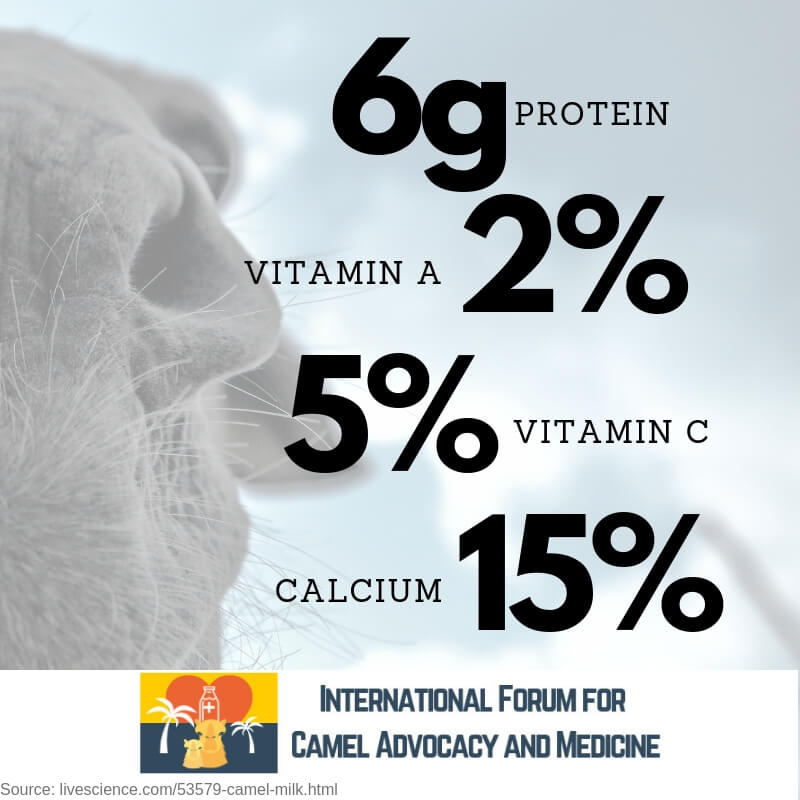 Studies show that camel milk can be beneficial for people with Type 1 diabetes, hepatitis B, food allergies, autoimmune diseases, and autism.

Casein and whey are the two major proteins in milk.

Casein and whey are the two major proteins in milk.

The casein protein accounts for about 80 percent of milk protein. There two critical variants of casein: A1 and A2 beta-casein.

Today, most cow breeds used in dairy production product milk primarily containing A1 beta casein. When A1 beta casein breaks down, it becomes beta-casomorphin-7 (BCM-7), which is an opioid-like peptide that suppresses the immune system and causes gastrointestinal tract inflammation.

Camel milk, on the other hand, contains only A2 beta casein. The structure of A2 protein is why camel milk is more comparable to human milk.

Lactoperoxidase is a protective protein. Its antibacterial activity is similar to human milk and contributes to the non-immune host defense system.

The Immunoglobulins (Igs) found in camel milk are one-tenth the size of human antibodies. Igs are known for boosting the effectiveness of the immune system. The small Igs in camel milk enables them to pass through the blood-brain barrier and easily absorb in the gut.

According to the U.S. Food and Drug Administration (FDA), which regulates testing and labeling the following are the nutritional facts about camel milk.