Did you know the largest cattle ranch in the United States is located in Florida?

Do you know how hot it gets in Florida?

"On a typical summer day, the temperature here breaks 80F by 9 a.m., 90F by early afternoon. And it’s only getting hotter. Of the 10 warmest months on record, all but one have come since 2016. The average temperature over a 24-hour period has exceeded 88F only nine times since 1953; eight of them were in the past three years."

What does this mean for the future of cattle products?

Cattle are expensive to replace.

When the weather heats up it, and the air becomes too humid, it affects the cattle in subtle ways. Most importantly it affects their immune systems making them vulnerable to disease and parasites.

Raluca Mateescu, a professor at the University of Florida, is researching how to breed heatproof cattle that still taste good.

In 2017, the cow pregnancy rate on a Florida ranch, which usually hovers around 83 percent, fell to 77 percent. That was before Hurricane Irma hit them.

Should we genetically modify cows to adapt to climate change? Or should we consider other sources like camels that thrive in heat? 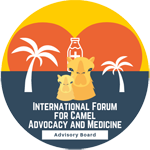